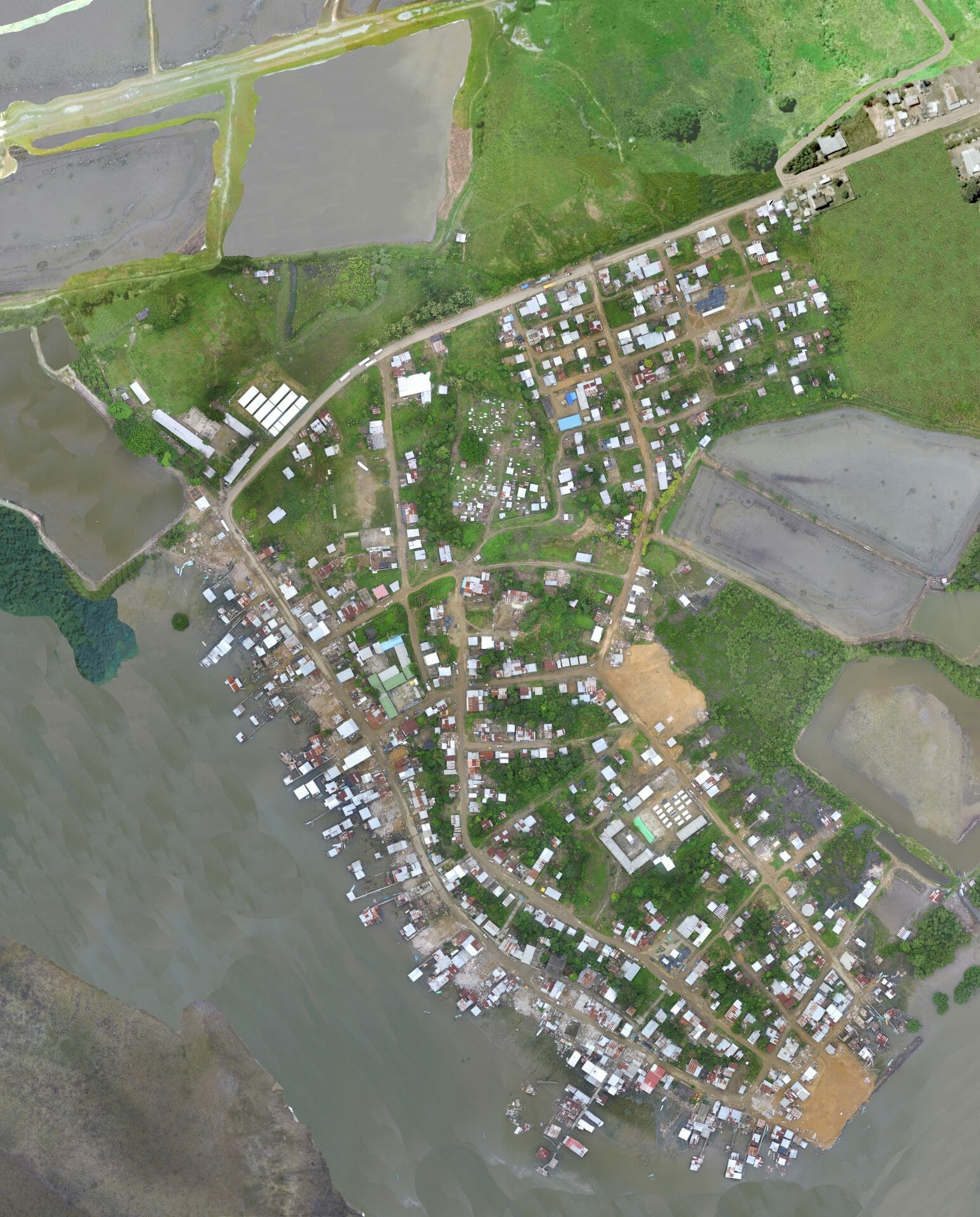 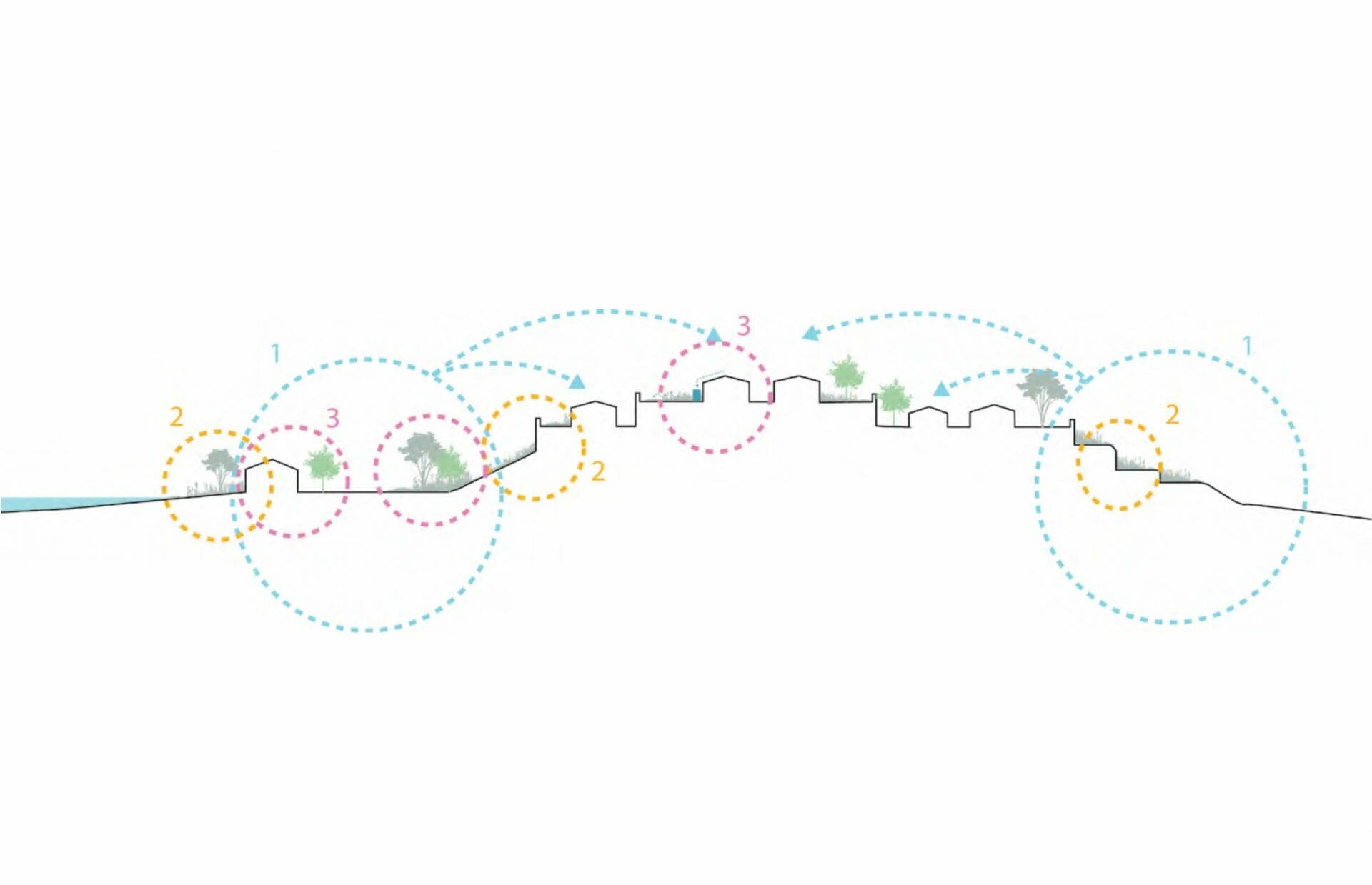 Developed around the flood resilience concept of ‘retreat, adapt, fortify’, this project contributed to a wider design-led reconstruction proposal for the town of Chamanga, on the north coast of Ecuador. The town experienced widespread damages to private and public property after a 7.8 magnitude coastal earthquake in 2016. Our site was specifically the ‘ridge street’, a long unsealed circulation path in the higher plains of Chamanga where people resided or ran small businesses. Through observations of what was organically occurring in terms of residents’  formal and informal navigation through the ridge street down to the lower coastal plains and malécon (main coastal street), combined with interviews with local residents, the proposal aims to offer a speculative design response to future seismic activity and other climate risks to the area.

In consideration of the above findings, the proposal seeks to sensitively resettle seventy-seven families living along the malécon, as well as several families in risk areas along the ridge street. Inhabited areas that were appropriate to be built up but precariously positioned are fortified. Families dwelling in areas prone to soil liquefaction, flooding or rising sea levels and tide surge are retreated to safe dwelling zones. The lower plains are then adaptable zones that are landscaped and terraced for public use, including recreation, fishing subsistence economies or small scale agriculture. During periods of heavy rain these adaptable zones can be flooded without immense loss of property or life, and during non-rainy periods can be utilised for the above described uses.

This method of “urban weaving” seeks to follow the organic pattern of land use that was slowly developing in the lower plains of Chamanga prior to the earthquake. This approach was distinct from the gated “community” typology of the “Ciudadela”—the government housing response after the earthquake, located in the higher plain outer areas of Chamanga. Some people’s living experiences in this new environment suggested that the housing density aggravated pre-existing issues around drug and alcohol abuse as well as violence associated with this, with the additional factor of social isolation due to its physical detachment from Chamanga town.

This work was carried out in partnership between post-graduate students from RMIT and UIC Barcelona. It contributed to ongoing design-led research directed at long-term recovery and development of disaster readiness for Chamanga. 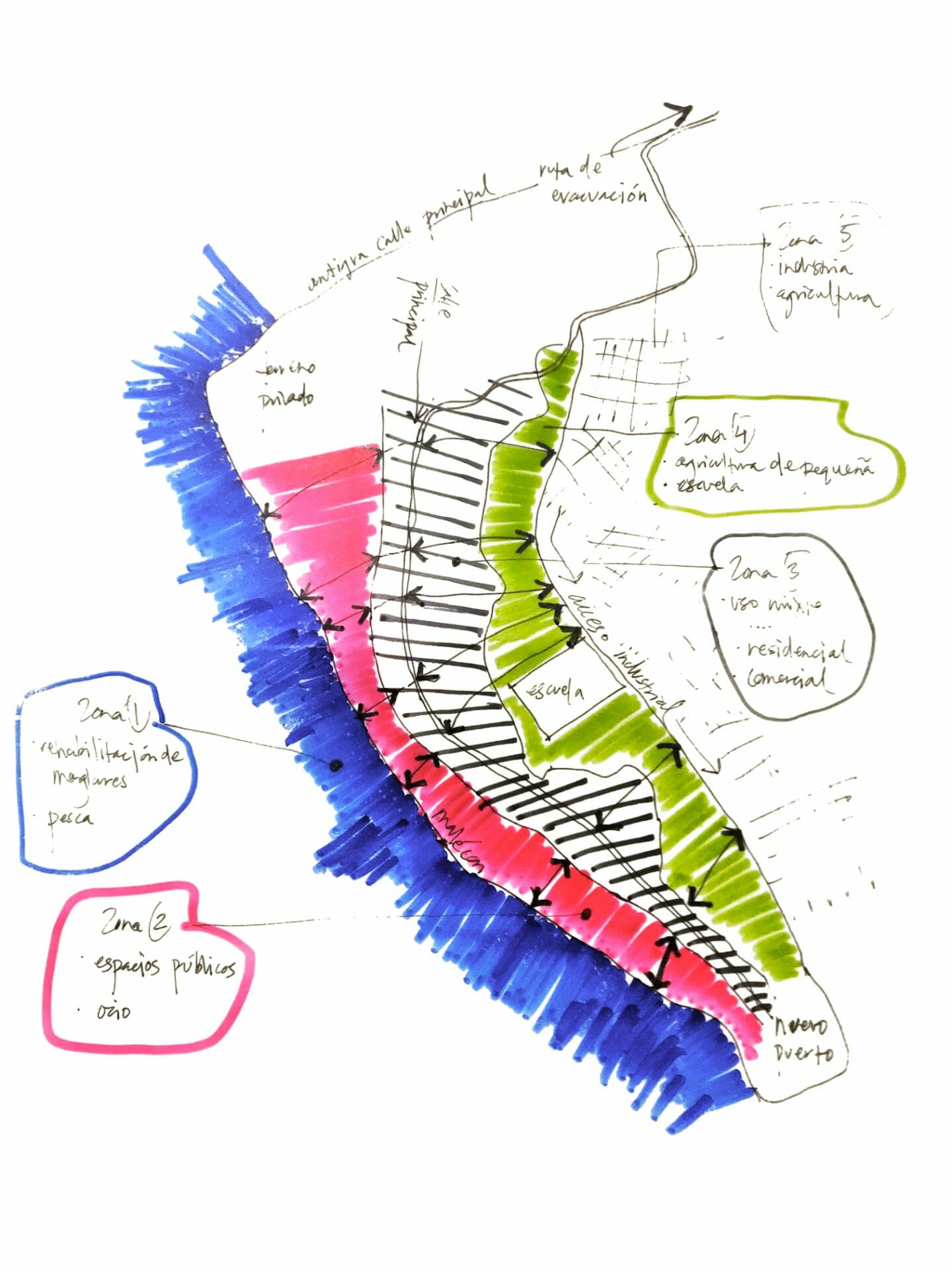