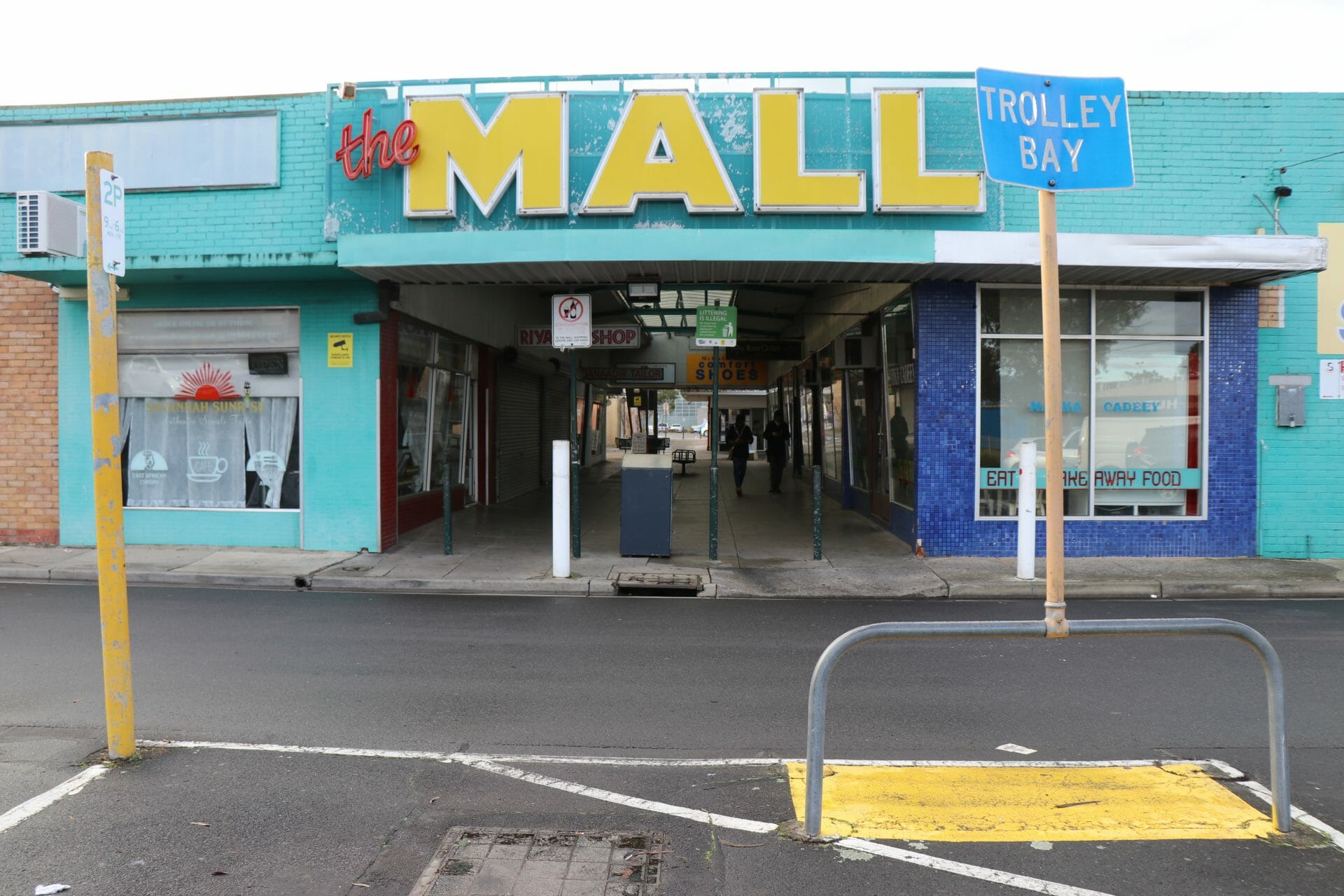 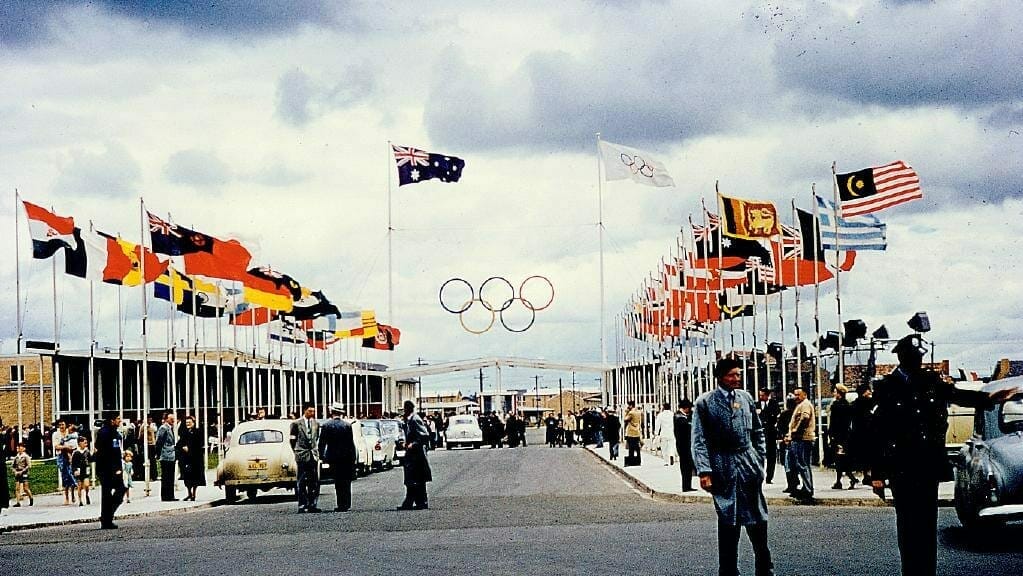 1956 Olympics athletes village in Heidelberg West; after the games the accommodations became public housing to service the post-war housing crisis in Melbourne.

This project aims to view the global phenomena of gentrification through a local lens. In particular, it is a response to localised concerns that Heidelberg West—a historically low socio-economic inner-city suburb of Melbourne—is on the cusp of immense social change. This concern arises from State Government initiated public-private housing redevelopments in nine inner-city sites under the Public Housing Renewal Program (PHRP), one of which is Heidelberg West.

Preliminary semi-structured interviews were carried out with staff and volunteers from two prolific local non government organisations (LNGO), who work to ameliorate the social issues many residents face. One in particular addresses historical cultural sensitivity issues for local Somali-Australians, 10% of Victoria’s population of which live in this suburb. The interviews revealed that while ‘community feedback’ on high-level descriptions of the new developments and pre-determined urban design proposals was sought, the exact purpose and usage of the data gained from the consultation—including how feedback will or won’t be mobilised—had not been disclosed to participants, including the LNGOs partnered with this project.

It is from this blurriness of the purpose of “community engagement” in Heidelberg West around the PHRP and Urban Design Framework (UDF) that this project’s lines of enquiry were developed and expanded through the following provocations:

What is the relationship between community engagement and the role of a designer in realising social equity?

If community engagement is decoupled from the design process—rather than deeply integrated into the procurement and briefing process—why consult a community at all?

Who gets a seat at the proverbial “table” to form a design brief? How is this determined and how might we legitimately democratise this process? 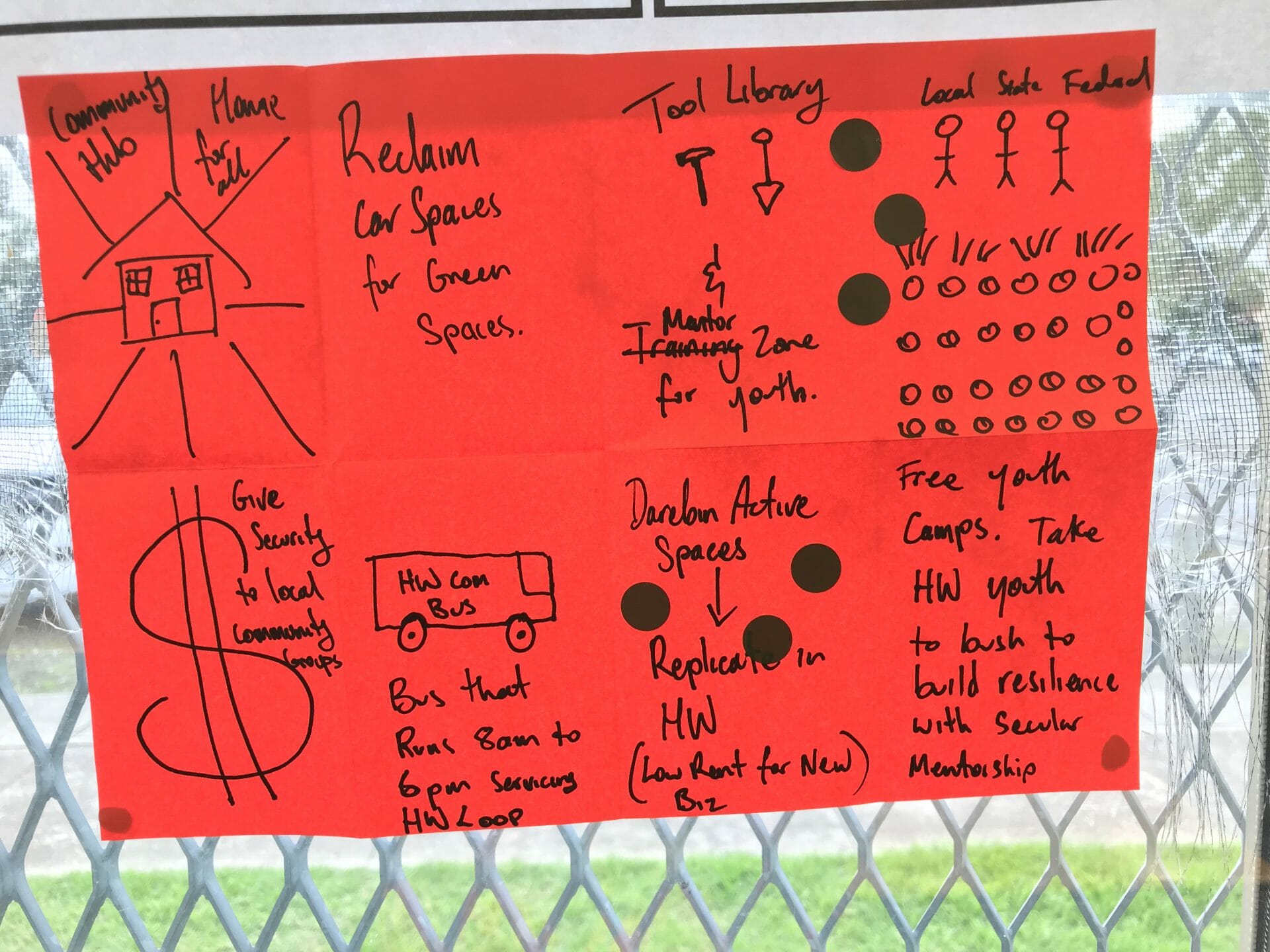 The objective of using participatory methods and raising the above questions was to assist the project partners build a case for securing fit-for-purpose, long term spaces that serve theirs—and in turn residents’—needs. The period of change ahead has been flagged by both partner LNGOs as one that might greatly affect their operational strengths and future continuity. This raises the question of whether gentrification poses an opportunity or a threat for these LNGOs, depending on how they are positioned and empowered during decision making processes.

The qualitative research culminated in consecutive co-creation workshops including a broad cross section of staff from both LNGOs, as well as key people from other local grassroots organisations, who showed interest to participate after a call out.  As significant social service providers in Heidelberg West the LNGO’s needs were specific, largely filtered from self-interest and geared at collective concerns that serve definitive communities within the suburb. The notion that the LNGOs were types of non-bureaucratic custodians and negotiators of peoples’ needs, set the theme for the workshops.

Data from both workshops revealed various ideas and emerging themes that were synthesised to form a preliminary design brief that was subsequently shared back to the LNGOs for their own use. Coupling the design brief is a series of recommendations derived by participants during the workshop, on how to mobilise the implementation of new spaces or programs through negotiation or partnership with local authorities or institutions.

Please get in touch with us if you are interested to read a full version of the concluding report for this project. 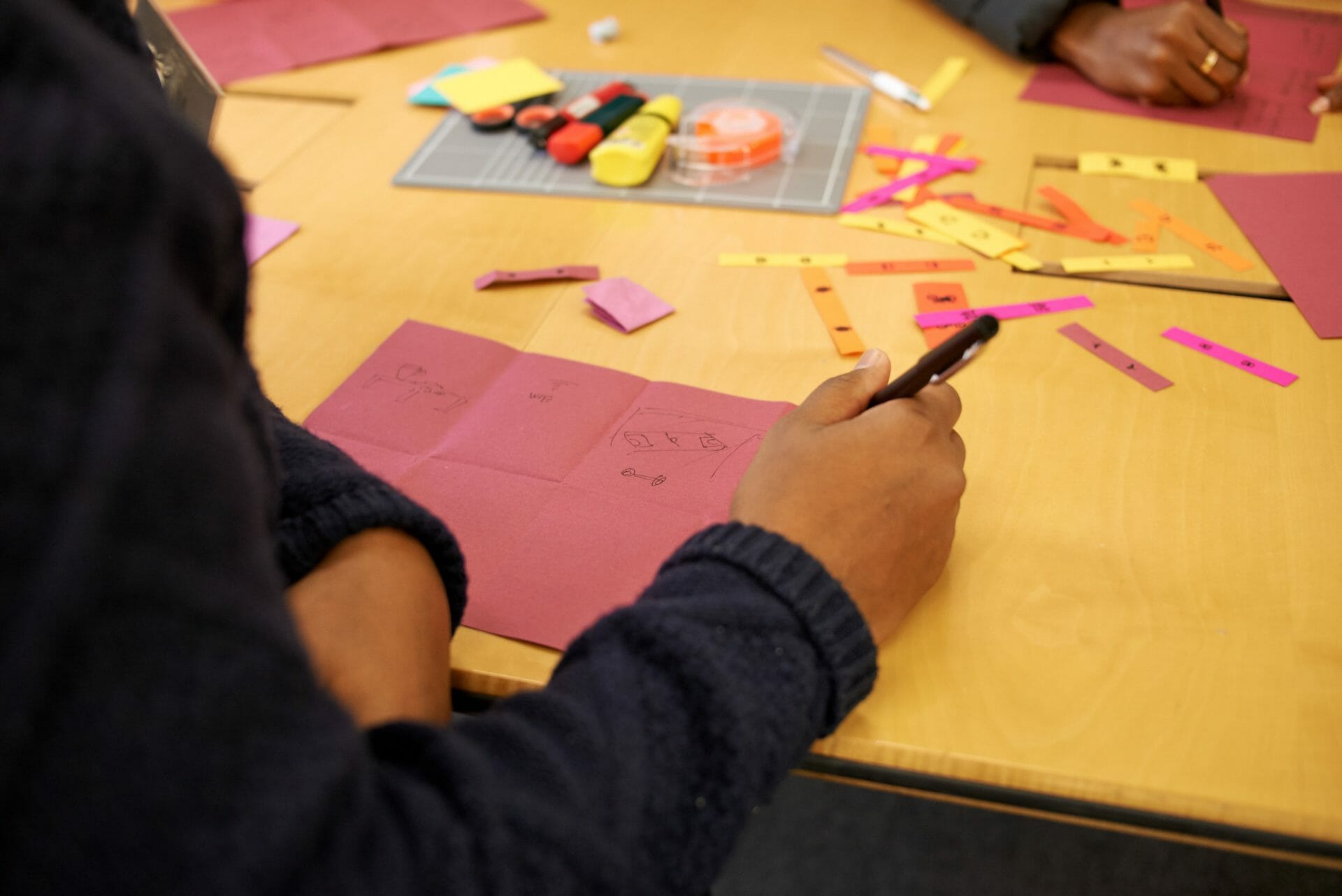 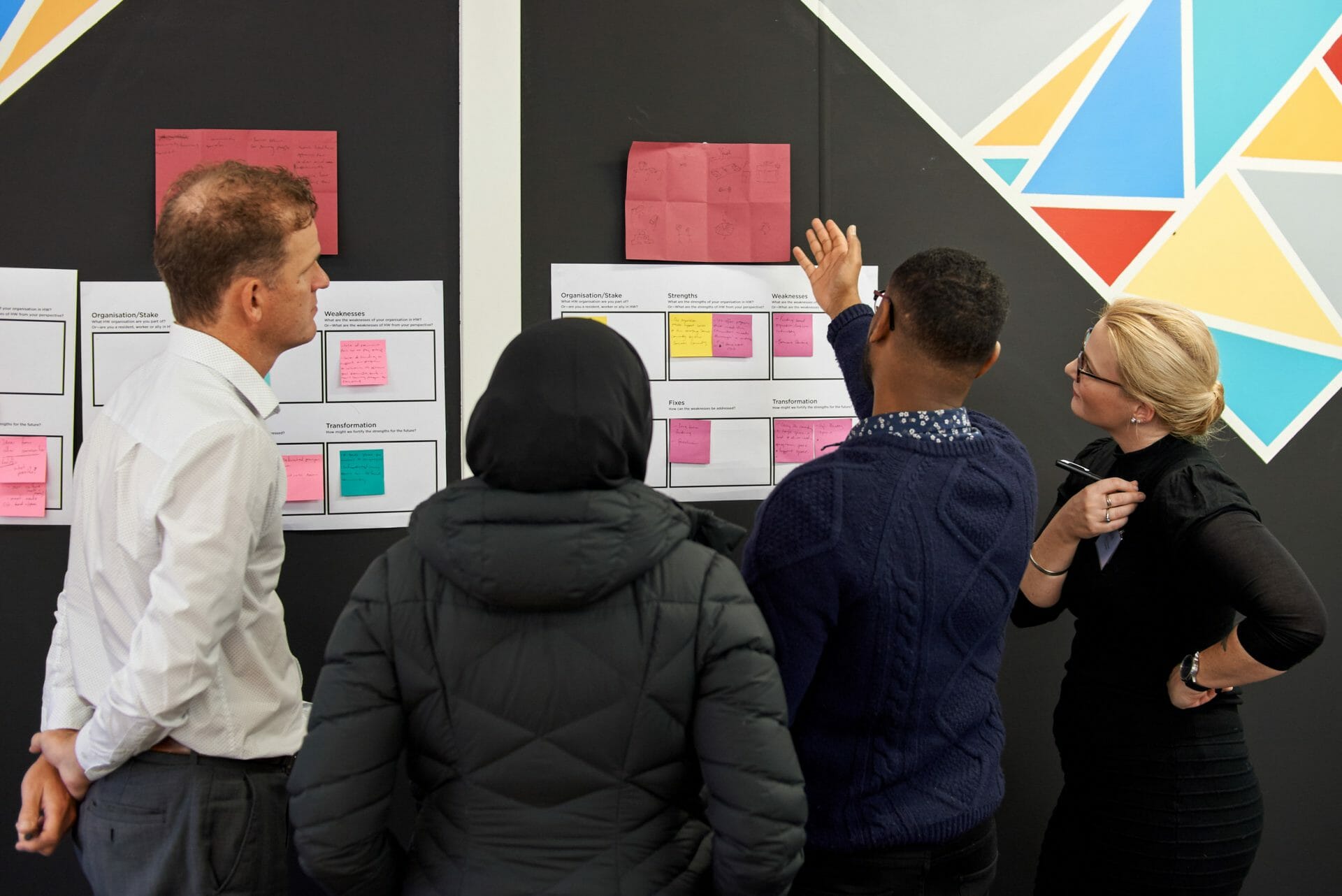 ” It [was a] pleasure attending the workshop and I found it quite helpful. I particularly liked how the workshop challenged us to not only talk of what our respective communities needs are but also organise the change we wish to achieve in [a] coherent and systemic way, while exploring existing and future opportunities and potential challenges.” 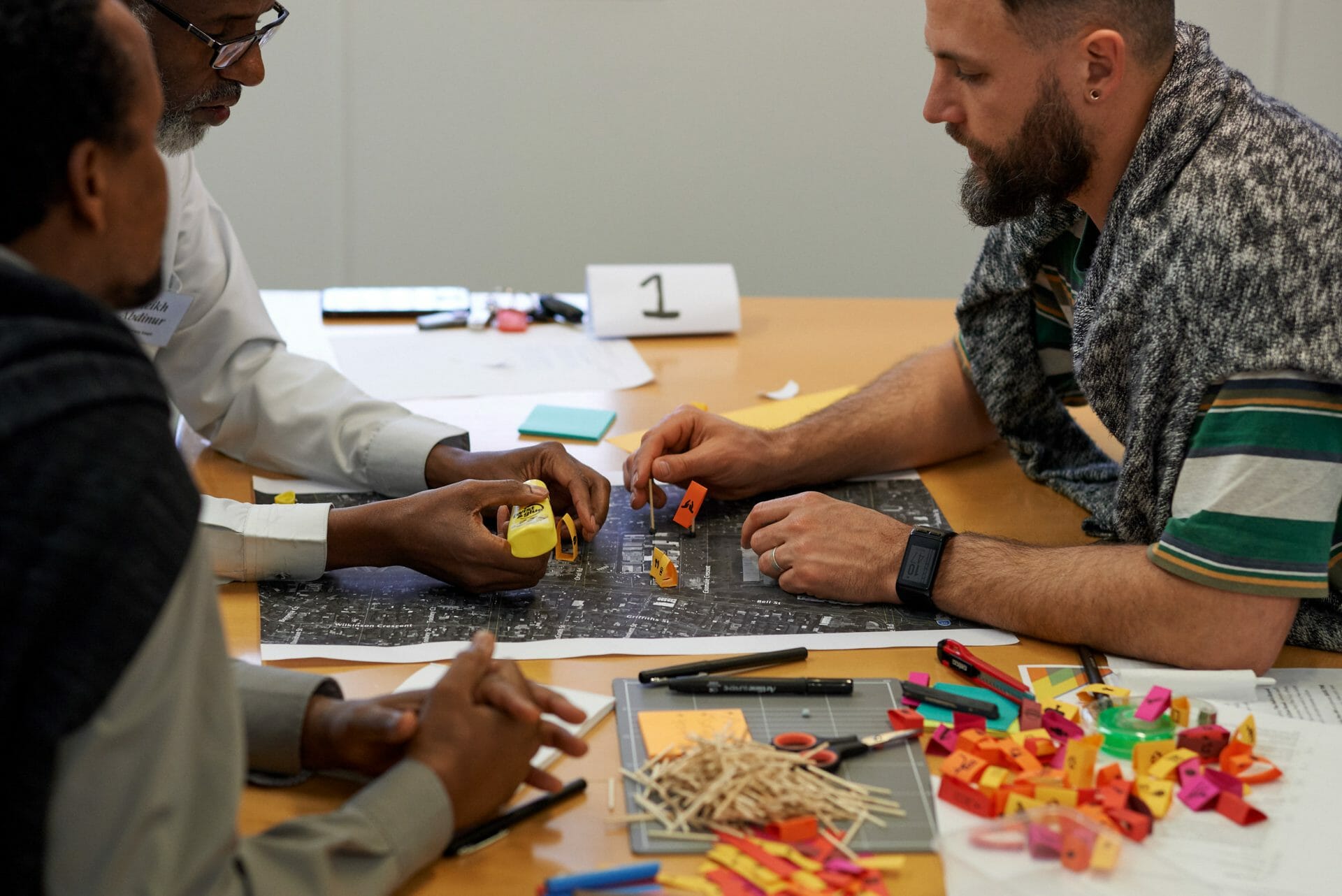